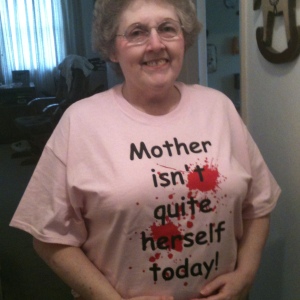 Crap My Mom Sends Me

"mother isn't quite herself today" 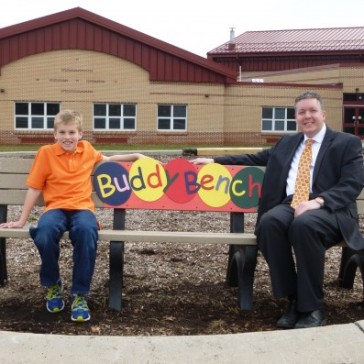 I LOVE THIS!!!  THANK YOU MOM FOR SHARING THIS WITH ME!!

Christian Bucks was in second grade when his family was contemplating a move to Germany.  His father, Justin, works for Magnesita Refractories in York, Pennsylvania, and the company was considering transferring him to work overseas temporarily.  His mother, Alyson, began researching schools in Dusseldorf, and while Christian was checking out the website of an international school, something caught his eye.

The school had something called a Buddy Bench on its playground.

The idea: If a kid feels lonely, or has no one to play with, or is being bullied, he or she takes a seat on the bench, a signal to other kids to come over and talk or offer to play.

Christian thought it was a good idea. He had often seen kids on the playground at his school who had no one to play with. This seemed like the kind of thing that would help foster friendships.

At the beginning of the school year, he broached the idea with his teacher and principal. They thought it was a good idea and erected a Buddy Bench on the playground at Central York School District’s Roundtown Elementary School.

It was a hit. “I noticed a big difference,” Christian said. “I saw a lot of new friendships being made.”  It wasn’t so much about combating bullying, he said. It was about making new friends. But the effect was that the bench helped prevent bullying.

He had no idea that his simple act would spread. The bench attracted national media coverage — including a piece on “NBC Nightly News” — and before Christian knew it, other schools were installing Buddy Benches.

There are more than 2,000 Buddy Benches at schools in all 50 states and, at last count, 13 countries, including Italy, Russia, Spain, Australia, New Zealand, South Africa, Japan, Norway, Thailand, Kuwait and Saudi Arabia.

“I just like how the idea has spread,” said Christian, now in fifth grade. “It’s a little thing, but just little things can be big.

To learn more about Christian and THE BUDDY BENCH – CLICK HERE

First…The Awesome Pineapple “Hello Summer” graphic up above!!   She sent this one awhile back!  Been saving it for “Good” – Do you guys do that?  Save things for “Good” and then never use them?  My mom has done that her entire life.  And now she has me doing it!  LOL

But fortunately…she sent me something “GOOD” to go along with the first “GOOD” thing.

If you LOVE summer…then you will probably enjoy watching these animals dance to the song “Hello Summer” by Rameez.

Sometimes…my mom sends me interesting tidbits of information….that RUINS things for me!  Like this one instance.

The subject line of the email was “Remember Which Movie Inspired Garth Brooks’ ‘The Dance’?”   And I was all ready to open this up and read about some wonderful LOVE STORY movie that would make you tear up and just sit there weeping because of how beautiful the movie was…and how breathtaking the movie was.

The answer was “Peggy Sue Got Married”

Now….I can’t totally hate on the movie.  It was…One Thumb Up for me.  But it just was not the answer I was expecting!!

Here is more on the reason why:

Though “The Dance” has become one of the most iconic songs of Garth Brook’s career, most country music fans don’t know that it was inspired by a hit film.

Songwriter Tony Arata knew he was onto something when he first began working on the song in the mid-’80s, but he didn’t have a fully developed theme or even a title in the early stages. It wasn’t until he saw the 1986 film Peggy Sue Got Married that he realized what he wanted to write about. The movie stars Kathleen Turner as a woman who travels through time back to her high school days and decides to make different decisions and change her path in life, only to realize that what she already had is exactly what she should have had.

“It just hit me so hard,” Arata told Nashville’s Tennessean newspaper in 2013 (quote via Rolling Stone). “It hit me that you don’t get to pick and choose your memories in life. You have to go with things as they play out. You don’t get to alter them.”

That’s reflected in the song’s now-classic, timeless lyrics: “Our lives are better left to chance / I could have missed the pain, but I’d have had to miss the dance.”

Arata’s publisher pitched the song all over Nashville but found no artist interested in cutting it due to its unusual subject matter. When then-unsigned Brooks heard Arata perform “The Dance” at Nashville’s world famous Bluebird Cafe, he was immediately interested and asked if he could cut the song when and if he got a record deal.

Brooks’ classic rendition of “The Dance” became one of the centerpiece tracks of his 1989 self-titled debut, but even at that, his record company balked at releasing it as a single. Capitol sent “Much Too Young (To Feel This Damn Old),” “If Tomorrow Never Comes” and “Not Counting You” to country radio as singles and was ready to move on until Brooks’ producer invited the label head to a Brooks concert to see how the song was affecting audiences. After Jimmy Bowen witnessed the emotional impact of the song, Capitol released “The Dance” as the fourth and final single from Garth Brooks in April of 1990.

“‘The Dance’ will be the greatest success as a song we will ever do,” Brooks told Playboy in 1994. “I’ll go to my grave with ‘The Dance.’ It’ll probably always be my favorite song.”

So….Once again…Mom sent me another video that had me laughing out loud!

But this one made me chuckle even more because for the first time after living in this house for almost 3 years…JUST TODAY….I saw a squirrel on my back porch just hanging out and having a good time.

Somehow…my mom always gets an email or sees something on the internet THE SAME DAY I tell her about something strange or different that happens in my life.

So…I tell her about the squirrel…she gets this video…she sends it to me…I SHARE IT WITH YOU!